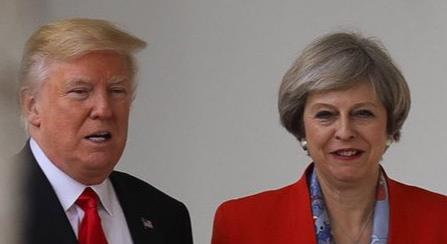 So, here’s the dilemma: the kids want to go to the cinema but can’t agree whether it should be ‘Lion’ or ‘La La Land’. By a narrow majority, and lots of bickering about Hollywood tough-times-to-riches delusions, they opt for ‘La La…’.

What’s wrong with a bit of schmaltz? These are tough times, and a sing along, feel-OK movie does no one any harm.

The problems come when you get to the cinema. ‘La La..’ is full. So are all the other popular releases. The only seats left are for a nostalgia screening of ‘Nightmare on Elm St’.

The kids are hacked off. Not even the most masochistic believe that a decision to go to the cinema implied an acceptance of ‘Nightmare…’ There’s no way Freddie Kreuger is going to pass for an all-singing/all-dancing version of the Sebastian Wilder or Mia Dolan characters.

So, do you go in anyway, or grab buckets of popcorn and head home, promising to come up with something better? This, in essence, is Britain’s EU/Article 50 dilemma.

Forget all the preliminary promises. It’s only the final choice that matters. If Elm St isn’t the La La Land you were looking for, you don’t have to go in.

Just to complicate matters, the emergence of Donald Trump … most people’s Nightmare on Any St … casts a shadow of ugliness and brutality across everyone’s doorstep. The choice between Europe and America is no longer so simple.

The EU is defective in a multiplicity of ways. It’s view of markets needs to be reconfigured around climate imperatives. Tomorrow’s markets need to deliver more but consume less. Carbon footprinting and circular economics have to replace the global free-for-all. The rights of citizens must displace those of corporations. And freedom of movement has to be rethought around policies that first make it safe to live where we are and – in the case of forced migrations – direct resources towards the countries that do most rather than offer least. This is what the ‘Remain and Reform’ debate should have been about … except we never had it.

Instead, we blamed everything on Europe.

So, let’s start with some honesty. Britain’s rich/poor divide is largely of our own making. The government’s £70 billion of new tax subsidies to corporation NHS and the rich, illustrates where the real crisis in NHS funding is rooted. Theresa May’s promise of an ‘independent Britain’ bathed in further tax inducements to the rich speaks volumes about what will be left for the poor. Her obsequiously ill-judged rush to be the first to hold Freddy Kreuger’s hand merely confirms that she is part of the Nightmare too.

Trump’s anti-Muslim, America-First, wall-building populism deflects attention from his ‘anti-poverty’ strategy that begins by cutting taxes on the rich. Neither he nor May will make the poor less poor. Each relies on outsiders to blame and victimise.

How distant the religious Trump is from fellow Tweeter, Pope Francis, who commented

“I express my solidarity with migrants around the world and thank all those who help them: welcoming others means welcoming God in person.”

May is no better. Standing later beside the Turkish Prime Minister, and sheltering in the comforting glow of a £100m arms deal, she could not even bring herself to join him is saying

“Nobody leaves their homes for nothing. They came here to save their lives and our doors were open…and we would do it again…If there is someone in need, you need to give them a helping hand to make sure they survive.”

The politics of soup

Britain’s Tory neo-cons are much the same. They aren’t just narrow nationalists. The real momentum (and money) behind them cynically exploits a rich-poor divide they are indifferent to. The neo-con obsession is also with finding scapegoats. As such, Brussels was perfect. It could be ridiculed as a regulatory soup, designed to ‘strangle British enterprise’.

In truth, neo-cons are as fond of regulatory soup as anyone else, they just want a soup for the rich and powerful.

WTO rules that transfer rights from citizens to corporations are fine with the Right. So too are Investor-State Dispute Panels; removing from governments the right to pursue policies that threaten corporate profit taking. So too, the right to be free from prosecution for polluting people’s lands, lives, farming and food-chains. Neo-cons want to bind nations into WTO rules for decades – and with national liabilities that continue long after withdrawal. How countries in Africa and Asia must wish for similar enduring rights to pursue the corporate polluters of their lands.

These are ‘the ties that bind’, the Right is truly in love with. It is a version of ‘freedom’ we used to call ‘feudalism’. The difference is that today’s feudal lords and ladies have become corporate; premier citizens in a virtual world that evades taxes and liabilities while placing duties on everyone else.

This WTO ‘safety net’ is where the Tory Brexiteers want to be; chasing deregulation, profiteering and ecological destruction within a soup called ‘serfdom’.

The UK referendum was never about democracy and accountability. Try running an argument past Brexiteers that tax allowances should only be available to businesses owned collectively by their employees. Try running the idea that a rate of VAT should apply to the movement of money in the

same way it does to the sale of goods. Try introducing carbon budgets, in which we all have non-negotiable duties to reduce carbon emissions that keep within 1.5C global warming. I can hear the neo-con screams of ‘Tyranny!!’ from here.

Europe never escaped these traps any more than the UK. It just offered different contradictions. The danger now is that legitimate challenges to the corporatism that has distorted European thinking also risks destroying the twin siblings of ‘solidarity’ and ‘security’ that the whole project was intended to nurture.

Labour’s position may look farcical, but maybe farce is our most useful tool for moving the debate into more meaningful space. You could barely invent a more contradictory situation.

Labour has the 6 most pro-EU seats in the country, and the 6 most anti-. It ran on a ‘Remain and Reform’ platform, but large chunks of Labour Remainers didn’t want reform. The moment was lost. The space for creating a pan-European, anti-TTIPs, pro-climate, pro-poor coalition never got onto the stage, and (by a sliver) ‘Sod the Lot of You’ won.

But this is not Labour’s mess. The answer will not be found in parliamentary ‘whipping’ around Article 50. Labour must live with its divides, and laugh a little with them. Far bigger contradictions exist on the government benches. And when May’s ‘exit’ negotiations end in tears, this is what Labour must oppose.

The alternative of a ‘deal’ with America’s Freddie Kreuger offers the wake-up call we all need. A US/UK trade deal would have little to do with import tariffs – currently running at 2%. The deal would be around regulations restricting trade in services and the application of environmental safeguards and liabilities. For this read ‘privatising the NHS’ and ‘accepting lower US food/ environmental standards’.

The Brexiteers vision of Britain as an off-shore, tax haven – a sanctuary for Trump’s golfers and footloose capital – will neither save the planet nor narrow poverty divides. Britain, as the ‘car boot sale’ Capital of Europe would not be a pretty place to live. This is what Labour must commit to oppose; demanding that parliament (and maybe the public) has the last say on the final/real choice in front of us.

Illusions, including La La Land, come and go. But the alternative does not have to be Nightmare…

Instead of a 3-line Whip, Labour should take the kids to see Hunt for the Wilderpeople; a film shot through with all the institutional failings and personal shortcomings that we bring to life. What saves the Wilderpeople’s day is hope and kindness, laughter and togetherness.

It’s what may save us too. 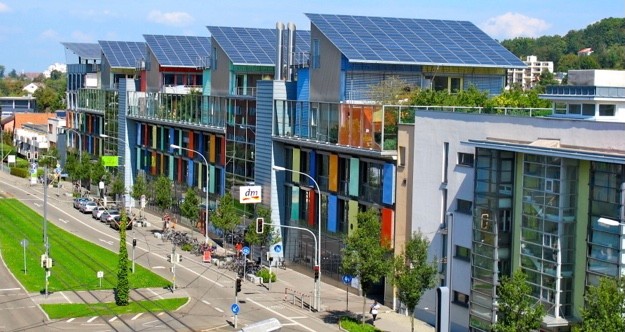 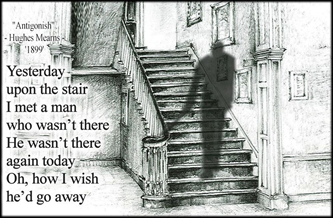 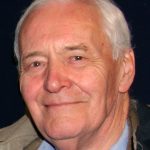 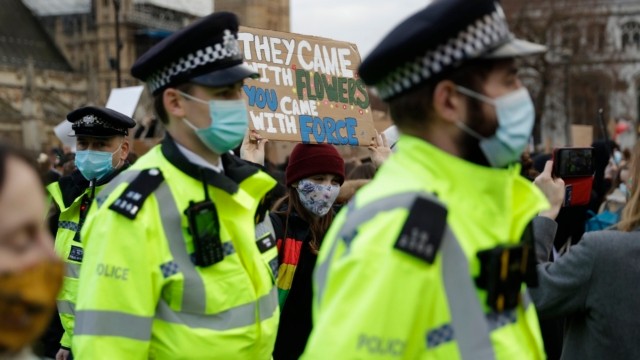 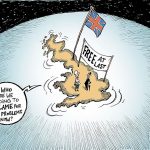 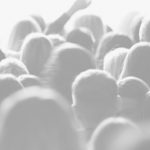 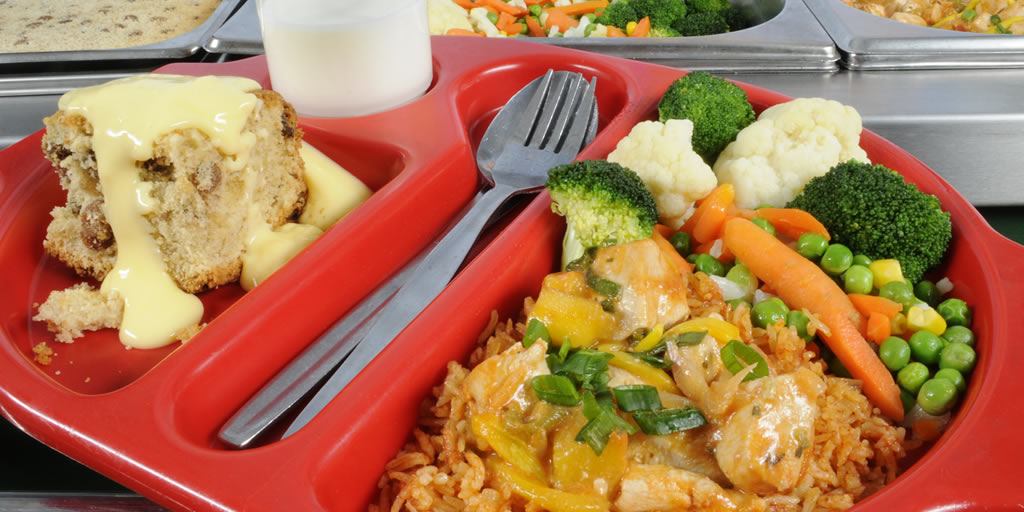 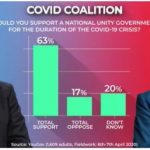