Welcome to ghost-town Britain, a land none of us were prepared for. Barely 3 months ago, you’d have ridiculed anyone suggesting we’d be tuning in to the daily death count from a virus creating mayhem across the land. But this is where we are. However, beyond deserted streets, closed shops and empty trains, new solidarities have been emerging; ones that offer a glimmer of hope of what a different future might look like.

In Italy, people took to their balconies, playing instruments and singing together. In Germany, households did the same, singing “Bella Ciao” in solidarity with those suffering in Italy. In London, small groups of musicians play music in parks close to tenement blocks, letting people know that we may be restricted, but we are not alone. Across the UK, millions of people stood outside their homes to applaud NHS care workers, over 500,000 people volunteered to help get us through this crisis, and tens of thousands of mutual aid groups sprung up virtually overnight.

There will come a point when we can see past Covid-19. It won’t be soon. It won’t be without pain and grief. But we can plan on how to make the most of the moment when it arrives. Much depends on what we choose to do (and not do) right now.

Some elements may be as simple as heeding the German Health Minister’s advice that, in a world of emptier streets, cycling becomes the simplest and healthiest way of getting round. It carries the added advantage of near-zero, ‘shared’ transmission vectors. Paradoxically, dramatic improvements in air quality have come with the Covid crisis. If we’re to learn anything it is that ‘recovery planning’ should not begin by re-filling the streets with a problem our children’s lungs didn’t need in the first place. Putting clean before dirty must be at the heart of post-crisis planning. It would mark the end of neoliberalism’s Armageddon economics.

Internationally, Covid-19 is changing the world’s geo-political axis. China, though first into the crisis, will emerge from it as a much stronger global force; America, a weaker one. 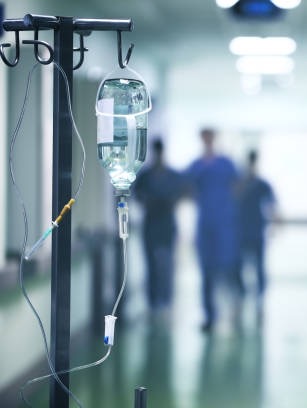 As Britain flails around, failing to provide adequate testing kits, face masks and protective clothing (even for front-line carers) China has been reaching out to help others. A Foundation set up by its billionaire Jack Ma is currently sending 20,000 testing kits, 100,000 masks and 1,000 protective suits and face shields to every country in Africa.

What a contrast with Trump’s America. Forget international solidarities. Federal emergency funds are still restricted, forcing individual States to compete with each other, bidding-up the price of under-supplied medical kit. And on the back of this, Trump is using the crisis to shred environmental regulations and protection. The USA doesn’t need Russia to bring the country to its knees. Trump is doing the job for them.

It’s unclear how big an impact China will have on containing the global spread of coronavirus, but it’s approach looks outwards far more than anyone else’s. International solidarities are in short supply. Governments and private companies around the world may be ramping up their own ‘testing’ and manufacturing, but most aren’t sharing. Britain is no different.

Despite his ‘war economy’ rhetoric, Boris Johnson offers pitiful national leadership. Real shortages are covered by vague promises. Dramatic increases in spending, borrowing and loan provisions merely show that the era of austerity was a political choice, not an economic necessity. Nothing Johnson is doing will construct a different economy. Nor does it get beyond the superficial. The continuing shortage of testing, masks, protective clothing and NHS ventilators highlights the problem.

Johnson put out an appeal for 20,000 extra ventilators to cover current shortages. As things stand, Britain has just 8,000 ventilators. A fanfare of publicity surrounded the government announcement that James Dyson will develop a new prototype, to deliver 10,000 units. Brilliant. But Dyson’s problem is that new prototypes have to get through (necessary) regulatory assessments before approval for use. It masked Johnson’s failure to take up the EU offer of collective purchasing of new ventilators. In the meantime, New York State (alone) will have acquired 30,000 new ventilators for its own crisis provision. 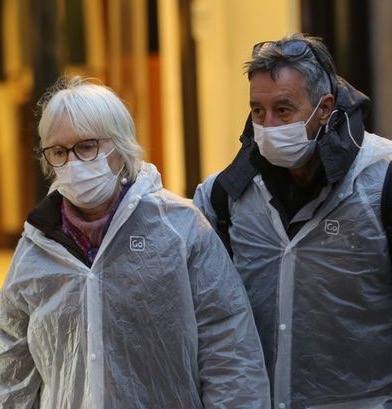 What Johnson also overlooked is that Britain already has a company – Breas Medical, in Warwickshire – that has been manufacturing ventilators since 1987. The Chinese would have immediately put the factory on ’round the clock’ production, guaranteeing a supply of ventilators that would now be filling critical care wards. Britain is left chasing promises.

It doesn’t matter whether you look at ventilators, clinical masks, testing equipment or protective clothing, there is a huge difference between wartime rhetoric and wartime planning. When even the Financial Times asks whether Johnson is more Chamberlain than Churchill, it’s hard to avoid the conclusion that Johnson is far happier commanding the public than the economy.

It is just the same with food security.

The government was right to press supermarkets to give priority access to healthcare workers and (separately) for the elderly, but this isn’t the core of Britain’s food problem. Panic shopping by the rest of us hasn’t helped, but even that doesn’t address the more strategic ‘food supply’ issues, at either a macro or distributional level.

Internationally, buffer stocks of food are getting caught up in siege mentalities. Kazakhstan, one of the world’s biggest shippers of wheat flour, has banned its export. The same ban applies to carrots, sugar and potatoes. Serbia has stopped exporting sunflower oil and other food goods. Russia is weighing up whether to follow suit. It won’t stop there. Wild weather across Europe and beyond is causing mayhem will global food supply. Domestic needs will come before international trade.

It adds weight to repeated warnings about UK food insecurity, given by Tim Lang, (Professor of Food Policy, City University of London). Lang has long berated UK government food policy for wrapping itself in the delusions of just-in-time, import dependencies. Despite the food sector being Britain’s biggest employer (4.1m people) diminishing numbers are involved in UK food production. 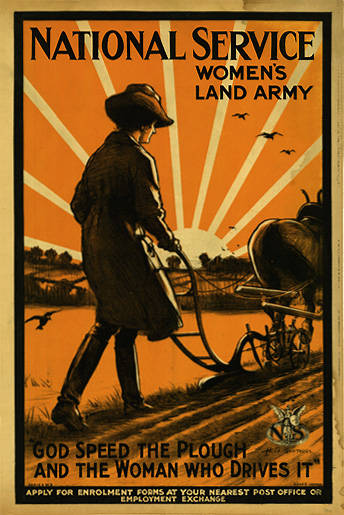 We may grow only half our own food needs but, right now, Britain requires some 70,000 seasonal workers to pick the fruit and veg sitting in farms across the country. Besides cutting the UK’s ‘food imports’ bill (£50bn/p.a) this is an essential part of feeding the public. If the government is looking to deploy the Army in the midst of the crisis, at least let them begin as a Land Army. Then, the challenge is to link this to local authorities and local communities, not to national supermarkets.

The Coronavirus Bill that passed through parliament had just four pages (out of 329) on food. It gave local authorities powers to obtain information about potential disruptions to food supply, but no powers to resolve those disruptions. Instead of strengthening democratic engagement in food security, it paves the way for a more authoritarian, post-democratic approach to society.

Food security is not going to be delivered by any compact between government, the army and the big supermarkets. Moreover, in democratic terms, it is a dangerous path to go down.

The alternative needs to be more local, accountable and inclusive. Huge numbers of small suppliers are currently left stranded by the closure of local cafes, hotels and restaurants. Huge numbers of vulnerable households can’t even get onto the telephone or internet queues for supermarket deliveries. This is the moment when Britain should give new powers to local authorities; to be the binding between local supply, local need and the networks of volunteers offering to bring the two together.

If Tim Lang (and others) are right in saying Britain may have to embrace a national system of (nutritional) food rationing, then let it at least be in the hands of the care sector, not the commercial one.

We can use today’s coronavirus crisis to fundamentally rethink UK policies – on food security, food health, social inclusion and ecological repair. But to do so we must reject Trump’s race towards a deregulatory hell-hole. Sustainable changes will have to be rooted in democracy, ecology, accountability and inclusiveness. The siren calls of Trumps corporate lobbyists would deliver a polluters paradise that would soon become everyone else’s Hunger Games.

Today’s pandemic does not have to end in everlasting purgatory. To avoid this we need a systems change in the way we think, act … and are led. Even before Boris’ self-isolation, this is the biggest gap in Britain’s political landscape. 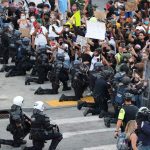 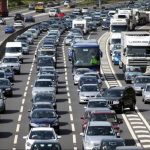 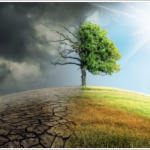 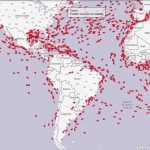 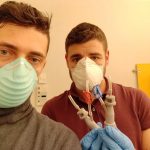 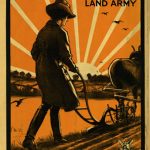 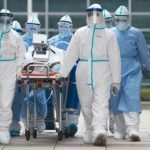 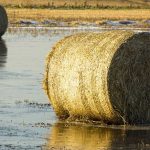 The Great Unravelling – a system in meltdown 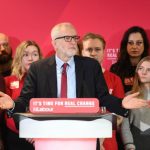 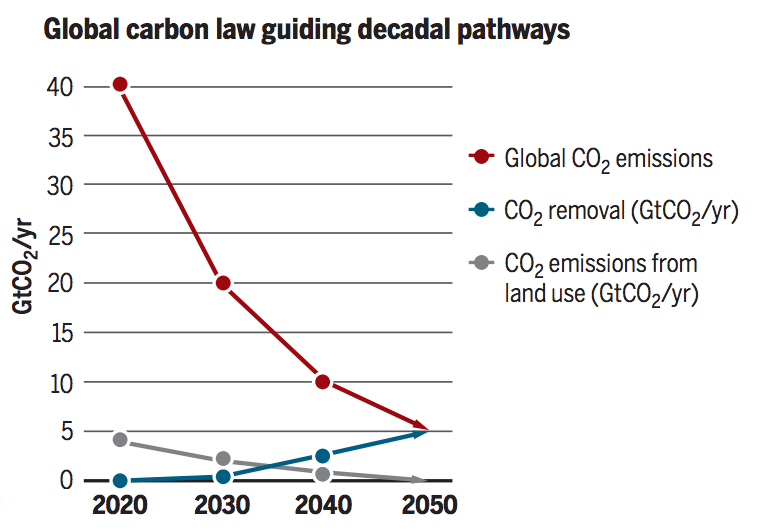 The Sustainable Lives of Others